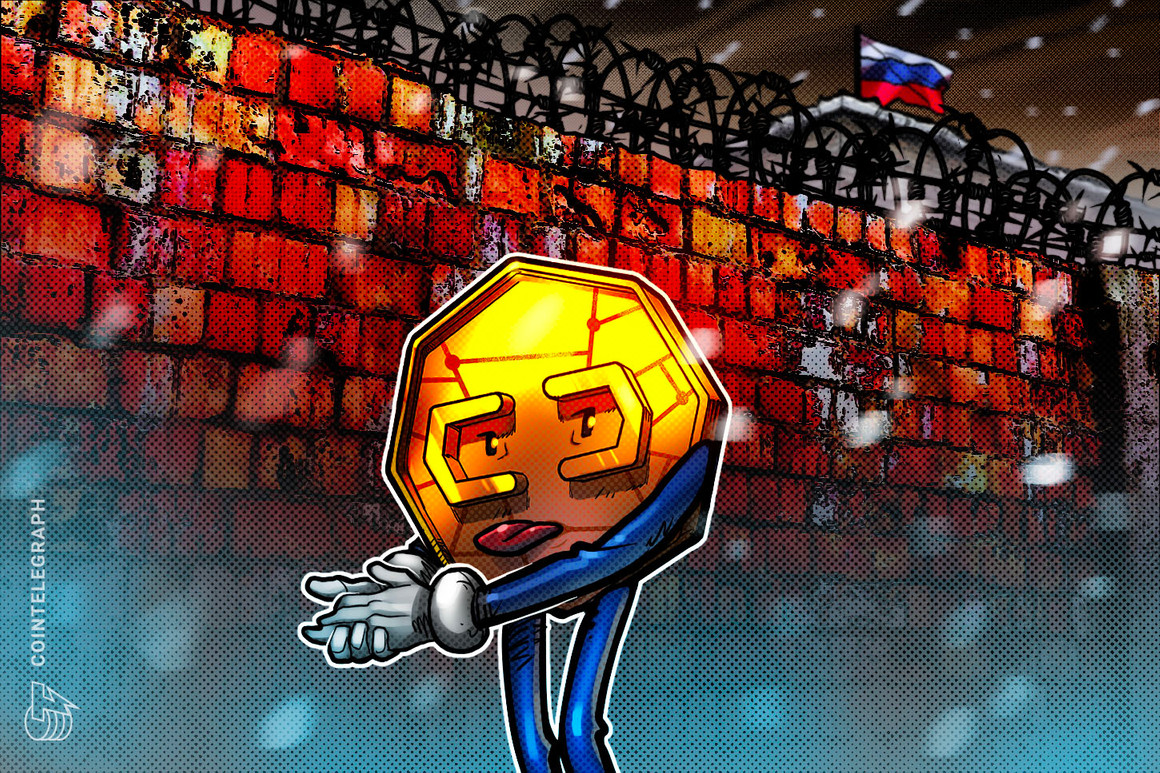 In a Friday announcement, the White House said leadership from the United States, Canada, France, Germany, Italy, Japan, the United Kingdom, and the European Union will take additional actions aimed at economically isolating Russia in response to President Vladmir Putin’s military invasion of Ukraine. The announcement includes banning imports of many Russian goods, banning the export of luxury goods to Russia, and guidance for the U.S. Treasury Department to monitor the country’s attempts to evade existing sanctions.

“Treasury’s expansive actions against Russia require all U.S. persons to comply with sanctions regulations regardless of whether a transaction is denominated in traditional fiat currency or virtual currency,” said the White House. “Treasury is closely monitoring any efforts to circumvent or violate Russia-related sanctions, including through the use of virtual currency, and is committed to using its broad enforcement authorities to act against violations and to promote compliance.”

Had a substantive conversation with @POTUS. Gave him the assessment of the situation on the battlefield, informed about the crimes of Russia against the civilian population. We agreed on further steps to support the defense of Ukraine and increase sanctions against Russia.

The United States’ policy is part of a coordinated effort with the European Union and G7 nations to “collectively ramp up pressure on Putin” and impose additional financial restrictions on Russia. On Wednesday, the European Commission said its member states agreed to amend regulations with the goal of ensuring “even more effectively that Russian sanctions cannot be circumvented, including through Belarus,” specifically mentioning the possible use of crypto assets.

European Commission President Ursula von der Leyen said officials will introduce the measures against Russia starting on Saturday. Though many EU members have not said they will impose restrictions on Russia-produced oil and gas similar to measures U.S. President Joe Biden announced earlier this week, Von der Leyen said there would be a “big ban” for European investments across Russia’s energy sector.

3. Make sure that the Russian state and its elites cannot use crypto assets, to circumvent the sanctions.

4. Ban the export of any EU luxury goods from our countries to Russia.

Regulatory agencies and government departments across many countries enacting such economic measures against Russia have also warned individuals and businesses dealing in crypto of possible enforcement actions. Bloomberg reported on Friday that the U.S. Justice Department will be forming a new task force aimed at freezing or seizing crypto holdings of wealthy Russian individuals as well as investigating banks and crypto firms behind helping entities named under sanctions with money laundering. In the United Kingdom, the Financial Conduct Authority and Office of Financial Sanctions Implementation issued a joint statement warning crypto firms to “play their part in ensuring that sanctions are complied with.”

“Financial sanctions regulations do not differentiate between cryptoassets and other forms of assets,” said the U.K. regulators. “The use of cryptoassets to circumvent economic sanctions is a criminal offence.”

Related: Crypto offers Russia no way out from Western sanctions

The economic measures against Russia have been swift and affected many industries. Private businesses from the fast-food chain McDonald’s, major bank Goldman Sachs, and credit card companies including Visa and Mastercard have all cut ties with the country in the last seven days.

Though some U.S. officials have said Russian individuals and businesses will face difficulty using crypto to evade such sudden and comprehensive sanctions, a Friday report from Reuters suggested they may be turning to the United Arab Emirates for solutions. The news outlet reported that crypto firms in the country had received multiple inquiries about using crypto to purchase property or liquidate large amounts of digital assets.

“We’ve been seeing a lot of Russians and even Belarusians coming to Dubai and bringing whatever they can bring, even in crypto,” said an unnamed real estate broker whose company partnered with a crypto firm.

Some crypto exchanges have refused requests from Ukraine to block all addresses from Russian users. However, Coinbase and Kraken — both with headquarters in the United States — said they would freeze assets of individuals named in sanctions. Crypto exchange Binance said users with accounts from sanctioned Russian banks would not be able to use them, nor could the platform take payments from Mastercard and Visa cards issued in Russia.

Fact: there are about 350 banks in Russia. Only about a dozen are on the sanction list.

And everyone's focused on crypto. ‍♂️

(ps, none of them work with crypto exchanges)

The situation between Russia and Ukraine is still developing. While Ukraine has been under bombardment from Russian missile attacks since Feb. 24, Mykhailo Fedorov, the country’s minister of digital transformation, continues to put out tweets calling for financial services firms — including those involved in crypto — and major companies to stop doing business with Russia:

Today, the entire democratic world has united against Russia to punish the bloody invaders economically. I call on @tether_to @paoloardoino to stop any transactions with the Russians! For peace!